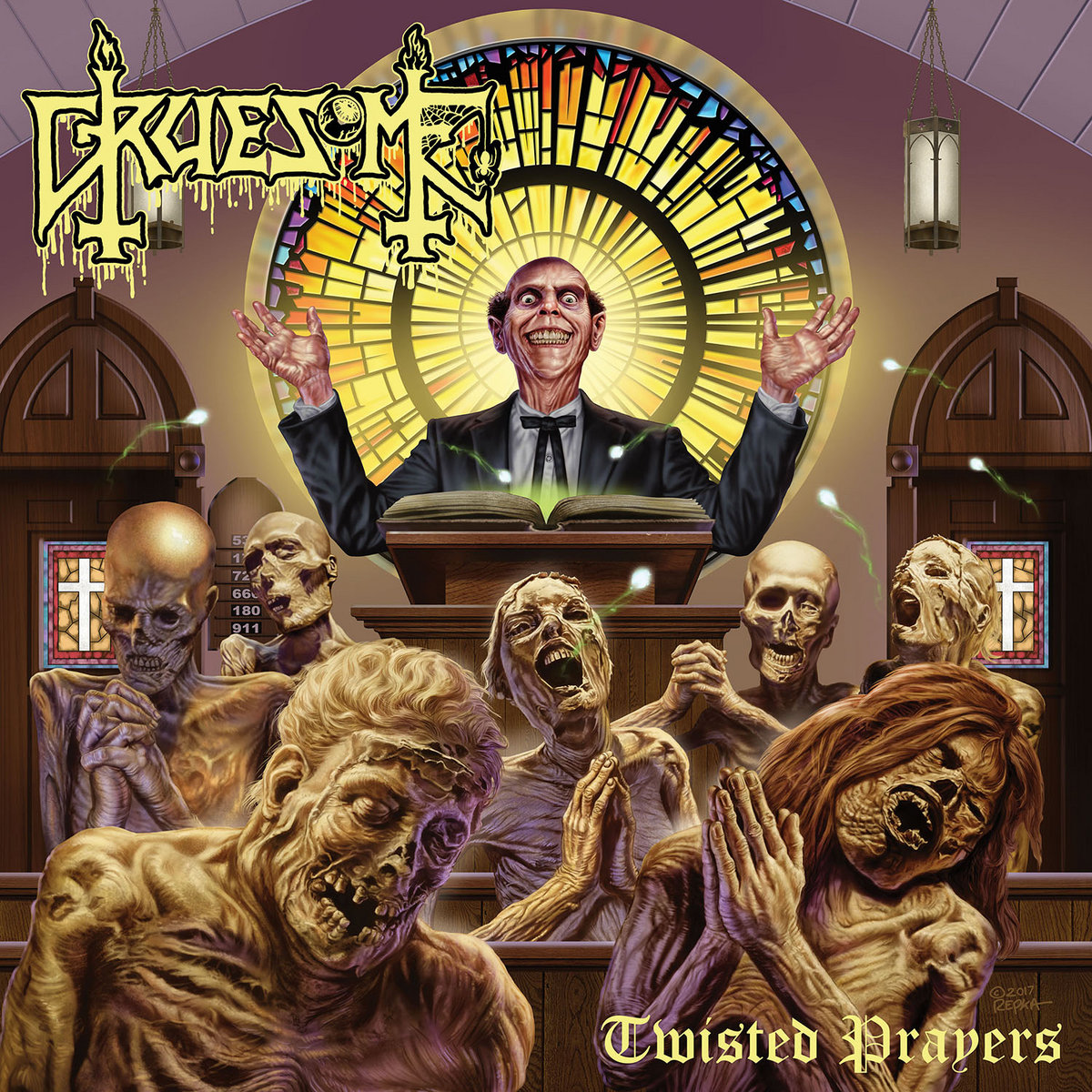 An injury knocked me out of the game for a while, but I'll not be stopped from proudly shouting my shitty opinions into the void. In today's new releases we've got some great, some terrible, and lots in between. Let's do this.

You can't overstate the amount of hype that preceded this album's release. Has the Cardinal made good? Well, sort of. On the one hand, the pomp of all those arena ballads and instrumental interludes gives this album a more serious and cinematic feel than the others, which is a change of pace that's in keeping with the the band's religious themes. But on the other, I think it detracts from the tight songwriting that makes Ghost's songs more than just goofy novelty pieces. It also kind of kills the cheesy carnival vibe that made me fall in love with them in the first place. That said, there are some great tunes on this album that really shouldn't be missed. Aside from the first two singles, "Pro Memoria" and "Life Eternal" are the standouts. Those looking for the heavy riffs characteristic of earlier Ghost albums will enjoy "Faith" but that's probably it. On the whole I think this is a nice addition to the Ghost catalog that suffers from our unrealistic expectations.

I'm confused as to why this one got filed under metal releases. It's just shitty Americana with some gothy overtones. There's some interesting acoustic guitar work on this mopey sadfest, but otherwise it's derivative and boring. Skip it.

Wait, has Kataklysm always been this lame? Shit. Had you asked me yesterday whether I was a Kataklysm fan I would have said yes. This, however, I hate. It sounds like the disgusting love child of Killswitch Engage and, well, Kataklysm. Drive it out of town with pitchforks and torches.

Oh yeah, that's the stuff. Sweet nostalgia. This is presumably Gruesome's tribute to Spiritual Healing. They've nailed the intended sound, just like in their previous Death tributes. What this release lacks in novelty it makes up for in flawless execution and OSDM charm. 100% Metal Elitist Approved Album of the Week.

This is the first I've heard of these guys, and I like what I'm hearing. It's a combo of early Soundgarden grunge and modern doom a la Pallbearer or Yob. If you enjoy a good biker metal vibe this one's for you.

This is a noteworthy modern death metal album that will be in my regular rotation for the next few weeks. It's technical in the neighborhood of Archspire without quite so much wankery, and heavy without sounding like every heavy death metal album that came before it. The experience is aided by a crystal clear mix that cuts down on listener fatigue. Which is handy, considering Sewer Born rarely slows down to let you catch your breath.

I believe a band worth talking about is one whose music is so good no one cares about the musicians' genders. So go elsewhere for a discussion of that fact. All you need to know is this album is SAVAGE extreme thrash in the vein of Deicide. I mean, holy fuck is it aggressive. The album lags in places and could have stood for more judicious editing. It's definitely worth a listen, though. You're going to like it.

The vocals lack imagination, but the guitars, saxophone, and keyboards weave together several exciting soundscapes. Fans of modern prog metal will find the album lacking overall, but will probably dig at least a few of the tracks. The title track in particular stands out as displaying a serious, nuanced musical vision.