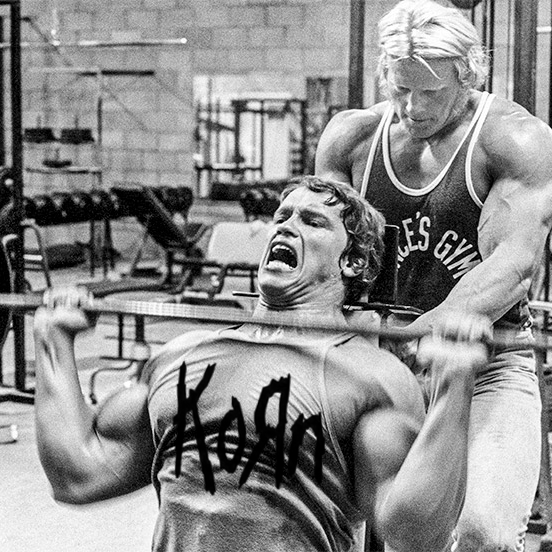 I spend a lot of time in the gym, and I am constantly appalled by the music I hear there. Yesterday I was forced to listen to a dance remix of Saliva's Click Click Boom. FUCKING SALIVA. This was followed by some Korn, Drowning Pool, and Limp Bizkit. I was so thoroughly disgusted by this display that I was almost happy to hear Avenged Sevenfold turn up on the playlist (almost). Mind you, I write this screed in the year 2018, at least 15 years after any of these piles of fetid shit released any album that commanded the attention of the music-buying public. So why are we still forced to hear them in the gym? Who is being served by trotting out these talentless losers ONE MORE TIME?

This is an open letter to the gym owners, gym-goers, and workout playlist authors of the world who are clueless about any developments in rock and metal over the last two decades. Stop playing this fucking terrible music. No one likes it. It makes everyone hate you and your gym, and it's sending your customers straight to your competition.

I want you to know that I understand the reasons why you play shitty old commercial metal. For a lot of people metal provokes a fight or flight response, and it's useful to channel that adrenaline into physical activity. It can make you run faster, push harder, and generally ignore your body's signals to stop doing whatever it is you're doing. Metal was made for the gym. You're right to want to use metal to your advantage.

But the best metal (i.e., the metal with the most redeeming musical qualities) is obscure and often more aggressive than the average gym-goer can handle. There are plenty of reasons why metal is a fringe genre. So in order to keep from frightening away potential customers, many gyms opt for neutered knockoffs of metal or bypass metal in favor of high-energy pop music or lyrically-aggressive hip-hop. Pop and hip-hop can get the job done, and if it comes down to Bruno Mars and Kendrick Lamar vs FUCKING SALIVA, I will choose pop and hip-hop every time. But there is no excuse for resorting to early aughts rock radio if your customers can't handle Cannibal Corpse. Metal is an enormous and diverse genre, and it comes in varying degrees of aggression and complexity. There is definitely a metal playlist that will satisfy your needs, you just haven't met it yet.

You've got the right idea. You just need to work on the execution. Don't worry. I'm here to help.

You Are Listening to the Nickelbacks of Metal

First, a short history lesson. The worst music in your metal playlist is called "nu metal." Nu metal was a stripped down version of metal designed for mass consumption on MTV and radio back when MTV and radio made rich people richer. It was a veneer of aggression and attitude smeared over oversimplified rhythms and dumbed down chord progressions. It used the same lame song structure over and over again. Nu metal was the audible version of Hot Pockets in that it was produced from the scraps no one wanted, was bland enough to have mass appeal, and provided zero sustenance to its consumer. It probably caused diabetes, too.

For a brief moment nu metal was an enormous commercial success. But even as the world moved on, rock radio stations kept playing nu metal songs and, presumably, three-eyed inbred swamp people kept listening to it. The result: nu metal has kept humming along in the background like cosmic radiation reminding us of a cataclysmic event in the universe's distant past. Some examples of this offensive subgenre include: Korn, Limp Bizkit, Disturbed, Drowning Pool, Chevelle, Coal Chamber, Saliva, Shinedown, P.O.D. and Sevendust. (Not exactly nu metal, but similarly insipid and terrible, are its spiritual successors Slipknot, Linkin Park, Five Finger Death Punch, and Avenged Sevenfold. These bands are inexplicably popular but should nevertheless be culled from your playlists.)

While nu metal gummed up rock radio throughout the 2000s, viable hybrids of metal and hard rock developed quietly along a parallel track. But because they followed a different recipe, and because commercial outlets for rock music continued to blow on the dying embers of the nu metal scene, these bands never made it onto most peoples' radar.

Luckily, the internet exists and is not yet owned by the I Heart Radio corporation. If you are a gym owner or gym rat who can't handle extreme metal, you have lighter metal options that won't make your fellow gym-goers' ears bleed. These bands make great music to entertain you, not to game the increasingly depressing rock radio industry. Toss that tired nu metal garbage and put these guys on instead.

Thrash Is Your Friend

If you want to dip more than one toe into the contemporary metal scene, consider throwing some thrash into your gym playlist. Most people know a few songs from the golden age of thrash, and their familiarity makes them good candidates for a commercial gym playlist. Indeed, a few Metallica and Megadeth hits are probably on your list already. It may surprise you to know, however, that thrash had a resurgence in the mid-2000s and that thrash bands continue to produce bouncy, fresh, high-energy music to this day. Because it isn't pushed by any mainstream outlets, you probably haven't heard any of it unless you actively went looking for it on the internet. Trust me when I say you've missed a lot.

Thrash is a nice middle ground in that it sticks close to its punk roots. Thrash bands want you to understand the lyrics, which usually contain a broad-appeal political message. And since they want you to understand the lyrics, the vocals are conventional-sounding and the tempos are usually only moderately fast. That makes it the perfect soundtrack for high intensity and endurance exercises alike.

As in other genres of music, not all thrash is great. You'll have to dig around a bit to find the best stuff. But the best thrash tracks, classic or contemporary, beat the hell out of what you're playing right now.

Sprinkle in the Extreme Stuff

If you and your clients can handle it, you owe it to yourself to include some death metal and black metal in your playlists. These amped up subgenres produce a more intense adrenal response than other subgenres of metal. If you're training athletes, powerlifters, or strongman competitors you can leverage this music to flood their bodies with adrenaline and get them to lift more than what should be possible.

A note of caution: One can have too much of a good thing. The ideal metal playlist balances brutal tracks with lighthearted, freewheeling ones. I've lifted in gyms where this rule was ignored and everyone except the idiot wearing two deadlift suits while screaming and sucking down ammonia was absolutely miserable. This mistake can also be made at the track level, and they call this mistake deathcore. Deathcore is a more recent brain cancer metastasizing in the metal scene. It amps up the most extreme parts of the metal sound while cutting out anything of general interest like melody, lyricism, songwriting, or musicianship. Much like nu metal before it there is no excuse for playing deathcore when there are so many better options available.

Examples of bands to avoid: Oceano, Born of Osiris, Thy Art Is Murder, All Shall Perish, Emmure.

To sum up, here are some rules to make your hard rock and metal gym playlists not suck:

Throw out any playlist that leans on bad commercial rock and metal from the early 2000s. That music is garbage and no one listens to it if they can help it. And anyway, there are better options that you and your clients will actually enjoy. It's worth it for you to make the switch!

Make tailored playlists for different activities. If you just want something light and energetic, reach for Early Man. Want to run faster or grind out more reps than the next guy? Put on Ghoul. Want to set a deadlift record? I suggest some Amon Amarth.

Mix things up. Balance heavy tracks with lighter ones, serious ones with fun ones, fast ones with slow ones, new ones with classic ones.

You're welcome, and thanks in advance!