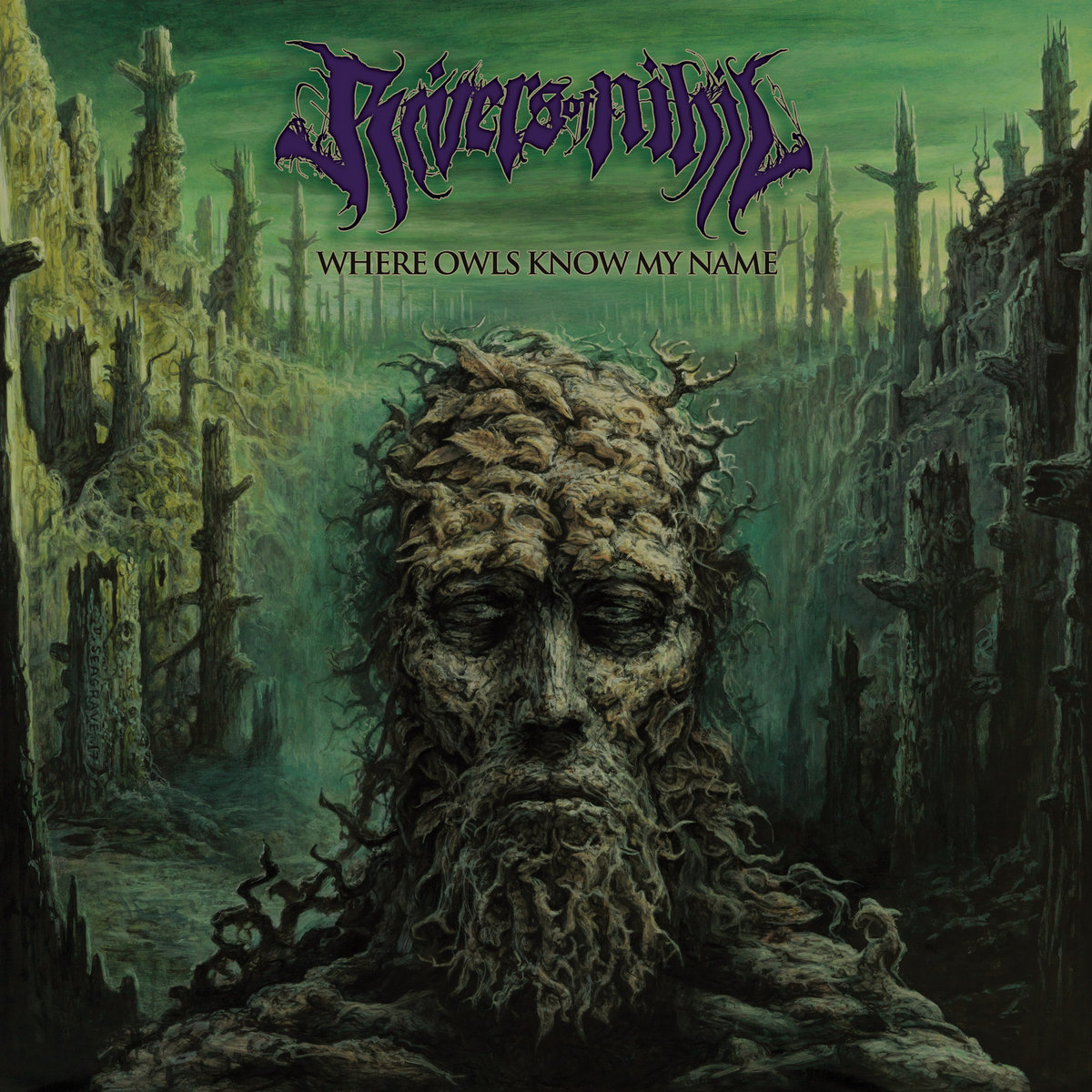 I've been busy with other projects for a while now. Fortunately the endless march of screams and blast beats has carried on without me. Since I have basically no time to write a real review I thought I'd drop a few quick thoughts here about what I've listened to since I reviewed that Genocide Pact album. In no particular order:

I dig the east Asian, Conan the Barbarian soundtrack feel in some of these tracks. The straight classical stuff is good, too. Multiple listens have been rewarding. Sucks that this came out on the same day as Where Owls Know My Name. It's worthy of more attention than it's getting.

Rivers of Nihil - Where Owls Know My Name

The whole goddamn internet is jerking off to it, so if you're reading this I'm sure you've listened to it by now. I never thought I would live in a world where smooth saxophone solos in death metal was the norm. What a time to be alive! This probably has Monarchy beat in just about every respect. It takes some gutsy artistic chances and feels transgressive while also sounding structured and clean. This is how BTBAM used to make me feel--just completely dumbstruck from start to finish. Probably the only true must-hear album on this list.

The singles rule. I absolutely love them. The not-singles range from boring to lame. Some editing would have been appreciated. Yes, you're metal gods, of course... but fourteen tracks? Get the fuck out of here.

Apparently Judas Priest is too good (or too old) for Bandcamp. I guess you'll just have to torrent it like in the old days. ¯_(ツ)_/¯

Between the Buried and Me - Automata I

It sounds like every other BTBAM album. Make of that what you will. The important question: How long until BTBAM gets popped for stealing the chord progression from Collective Soul's "December"? You heard it here first, folks! Jesus, how fucking embarrassing would that be? I'm personally embarassed that I even noticed it.

The BTBAM media team didn't think it was necessary to post their new album to their Bandcamp page. Maybe they, too, concluded that it's the same fucking album over and over again so fuck you just listen to the old stuff who cares, hrmm?

A delicious treat. This is a savage little sludge album that stays in its lane and presents a distilled essence of the genre. I recommend it.

The first few tracks of this album are proto-thrash gold. Unfortunately it gets off track and loses its magic quickly. Keep your eye on these guys, though. I wouldn't be shocked if they crushed it on their next album.

Goddamnit these bands can do no wrong. Two EPs that work great an LP. You want to hear them both.

These guys are the real deal. I sincerely hope people are getting past the cheesy power metal veneer and getting a load of what great songwriters these guys are. See, for example, the track Traitor's Gate. The lyrics are so fucking vicious. This album compares favorably with FIREPOWER and even beats it in some respects (yeah that's right, fite me irl.)

Drudkh - They Often See Dreams About The Spring

I really enjoy their folk instrumentation and throat singing and unmitigated weirdness, but the drums and guitar make me want to puke. Truly disappointing qua metal album.

Wildfire, but with a focus on songwriting and a shift from Cronos worship to Lemmy worship. I guess these guys are in the doghouse now because of some dumb shit the vocalist said. Deja vu, right? Well it's a damn shame they went and fucked themselves out of a tour in the states, because this EP kills and I would have loved to see it performed live. There's some real magic in this record.

EDIT: Looks like the tour with Watain is still on. Only one show was affected in San Francisco and even that was only moved, not cancelled. I guess I just assumed that other venues would follow suit after the story got so much attention. Can you blame me? Anyway, record corrected.

That's what I've got. More shit came out in February and March but most of it didn't make an impression. Thanks for reading!