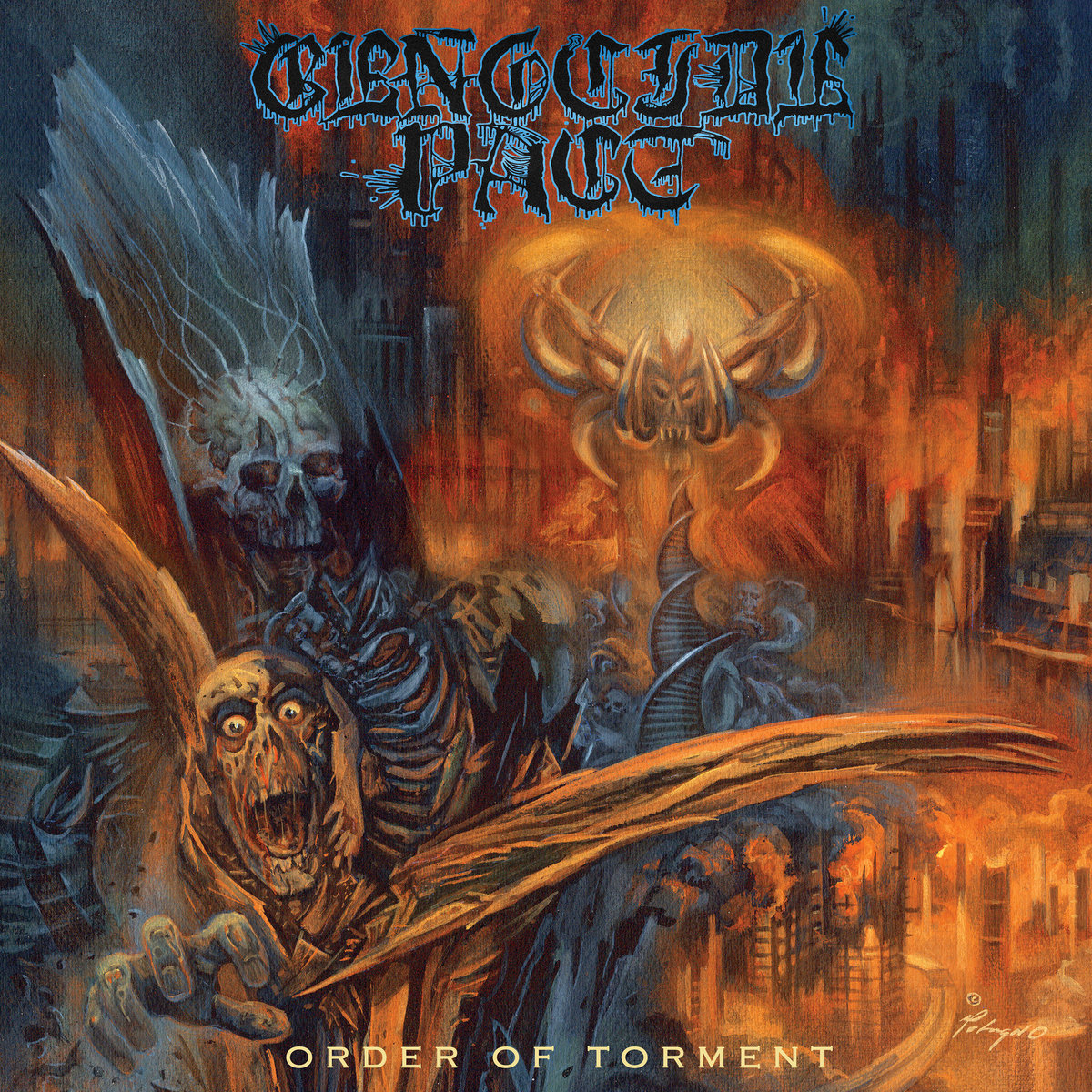 Order of Torment is a solid collection of straightforward, mostly mid-tempo death metal in the vein of Gatecreeper and Horrendous. It doesn't take many artistic chances and, if I'm being honest, can sometimes border on boring as a result. HOWEVER! I'd be lying if I said I didn't thoroughly enjoy it. An analogy might help me get my point across here. Order of Torment is the Evan Williams to an Archspire album's Laphroaig. You may miss some of the classy bells and whistles if you opt for the Evan Williams, but eventually you will be too drunk to notice the difference.

Genocide Pact's sound and approach to songwriting will be immediately relatable to anyone who has ever tortured their parents or neighbors with their own garage death metal band. I appreciate their embrace of the harsh solid-state guitar tone that seems to be out of favor in other subgenres--less because of any nostalgia for Tampa's heyday and more because it reminds me of every cheap amp I've ever owned in my life. It's refreshing to hear a band on a major label take such an unpretentious approach.

All of the songs have an infectious head-nodding, toe-tapping groove to them. For that reason alone I recommend giving this album a spin. Occasionally the tempo slows way down to a doom pace, and it's in those moments where Genocide Pact really shine (see, for example, the end of Blood Rejection and Ascendancy Absolved.) I could do with a lot more of that on the next record.

Order of Torment is out February 2, 2018 on Relapse Records. You can preview it below: