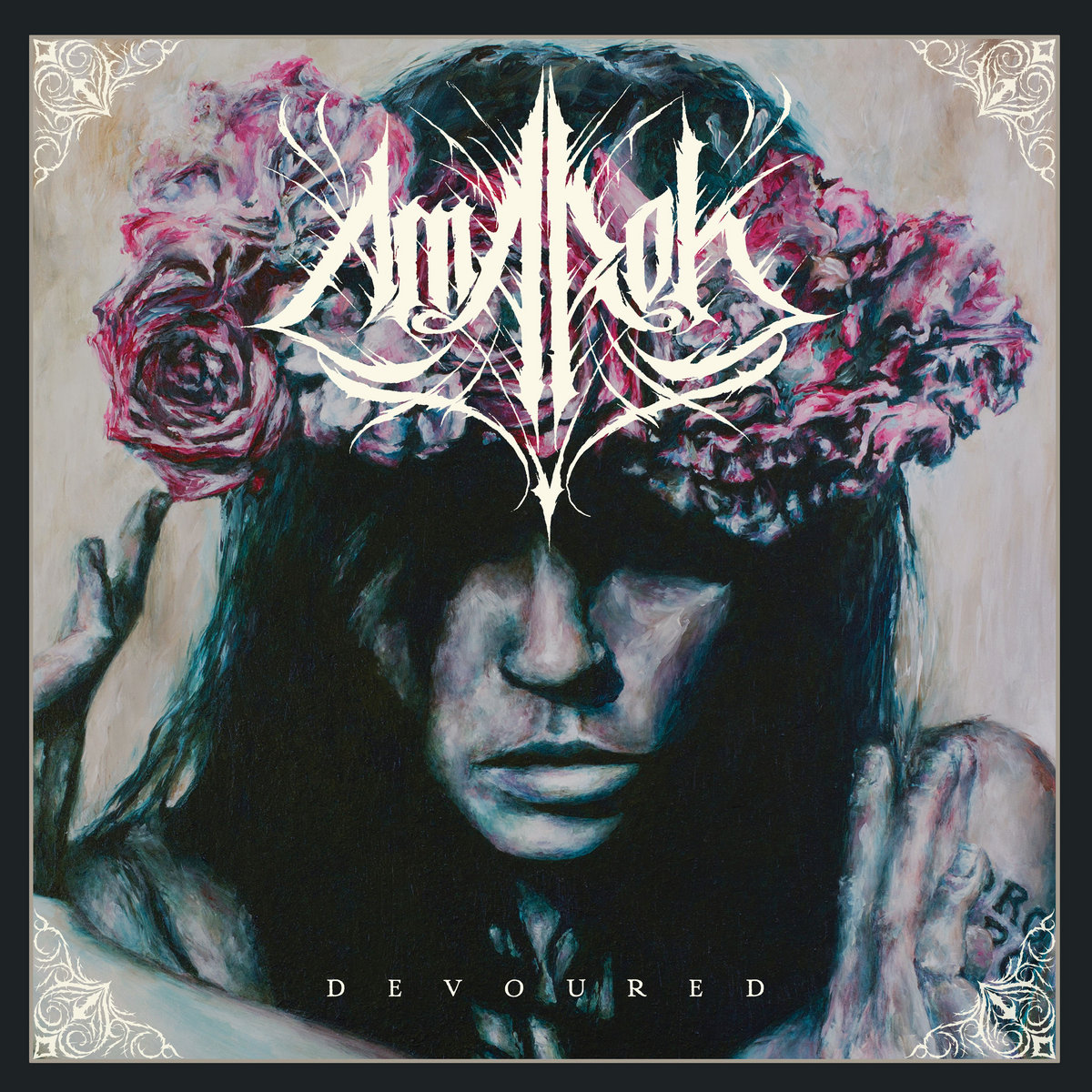 It seems like every time I review a doom album I wind up comparing it to another doom album. That's, I think, an artifact of most doom bands following a tired formula and sounding exactly like one another as a result. Hey, I get it. Sounding like popular bands sells albums, and that 6 ft tall bong you've been eyeing on Amazon isn't gonna buy itself.

But in the case of Amarok's Devoured I don't think any comparisons are necessary, other than to say that this album is better than every other doom album I've heard this year. That's partly a function of my dissatisfaction with what I've heard so far (more like Yob's Our Raw Fart, amirite?) But it's also partly a function of the fact that Devoured rules.

The album consists of four tracks that run between 11 and 23 minutes. Those are monster run times, even by doom standards. None of them feel like they're wasting the listeners' time, however. There's plenty of variety within each track, and each track has its own distinct feel. You won't regret sitting through the whole thing.

As far as the sound goes, Amarok moves deftly between quiet acoustic pieces, ominous explorations of noise, and bludgeoning riff worship. The vocals trade off between lo-fi screams and mighty death metal bellows with no clean singing mucking up the vibe. The guitars mostly wash over you with slow, satisfyingly fuzzed out power chords and feedback noise. Occasionally we get treated to some subtle harmony leads that play oh so well with the harshness of the vocals. The drums sound fantastic, with deep, primal-sounding tom fills and huge cymbal splashes. Not to give the guy a backhanded compliment, but I'm really impressed with this drummer's use of minimalist time keeping and long periods of silence. It helps turn the creepiness factor to 100.

I said I wouldn't do it, but here's just one comparison (I promise!): these guys remind me a lot of Disembowelment. Do you remember those guys? Sick fucks in the best way. Yeah, Amarok sounds way more professional and way less unhinged, but they are similar to Disembowelment in their use of minimalist atmosphere to induce a general sense of terror and confusion. And like Disembowelment, they don't let a little thing like track run time get in the way of good pacing. I say with riffs this good, take all the time you need.

Amarok's Devoured is available today from Translation Loss. I highly suggest picking it up.